It’s taken me way too long to write these posts since I have so many pictures: the point of this blog was to more quickly share my adventures so I’m going to dump the remainder from today in this post. It’s easier when using pictures from my phone because I have them immediately on my computer after taking them and can copy and paste them into the blog but the pictures which I take with my camera (and end up nicer) require several more steps before I can share them. Here they are!

Getting the day started with breakfast at Boconó – eggs because they were so good there. We took our cameras and decided that the day would be a leisure day – no work, all play. 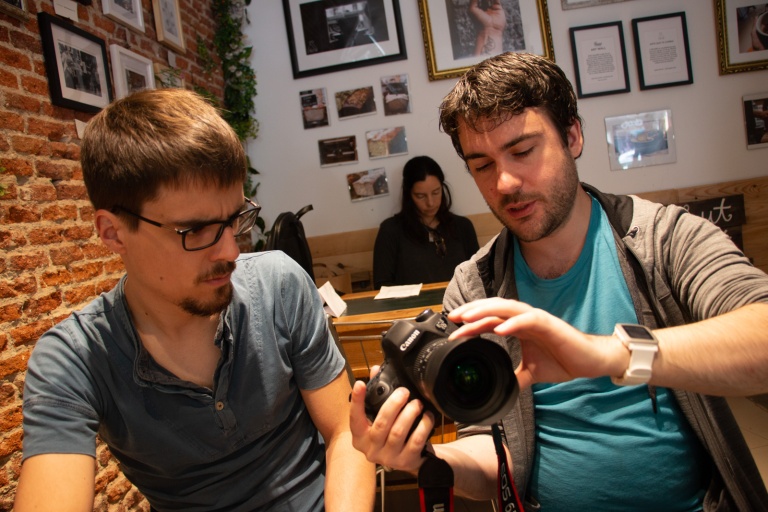 Plaza Mayor isn’t too far from Boconó. On our way in we passed a Hen Party – actually I saw a few of these while in Madrid. As I approached an intersection one night just such a part turned the corner and I guess the bride-to-be came up and kissed me on the cheek before I really knew what was happening. Since I normally live in an environment where such un-consented touch is wildly inappropriate it kind of stunned me, but hens gonna be hens. Whether guys or gals the soon-to-be-married had to wear flamboyant and usually awkward costumes while their friends paraded them around the streets.

Inside the plaza there’s so much that goes on. Shows, festivals, performers, tourists, cafes, it’s an exciting atmosphare. 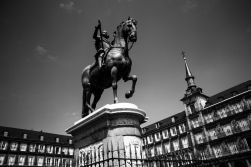 We also saw a number of good sights in between and around the plazas – Plaza Mayor and Puerta del Sol – lots of good architectural pictures. These buildings are often up to around six or seven stories high so they are quite tall indeed, but it feels much smaller to me than when walking around city centers with tall skyscrapers. Skyscrapers are unreachable, unobtainable, sleek metal and glass planes dividing the sidewalk from the sky. These buildings are climbable, visible, and containable. 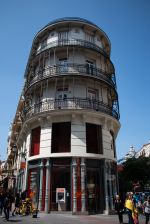 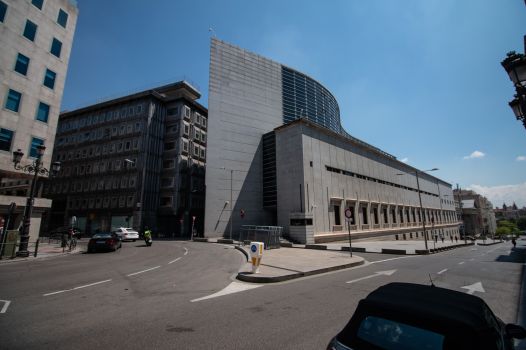 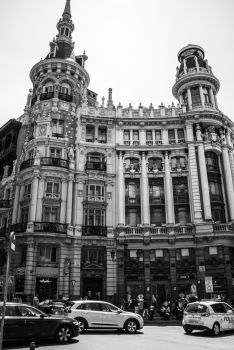 Of note on the walk was this store with fancy hand-made dresses. There is very little that is truly authentic anymore and I don’t know if this dress was, but it stood out to me when I saw it.

On the other side of noteworthiness we find a funny conflation of terminology.

Puerta del Sol had just as much bustle as the Plaza Mayor, though less room I think. There was a busy street passing alongside it and a large metro station underneath it. 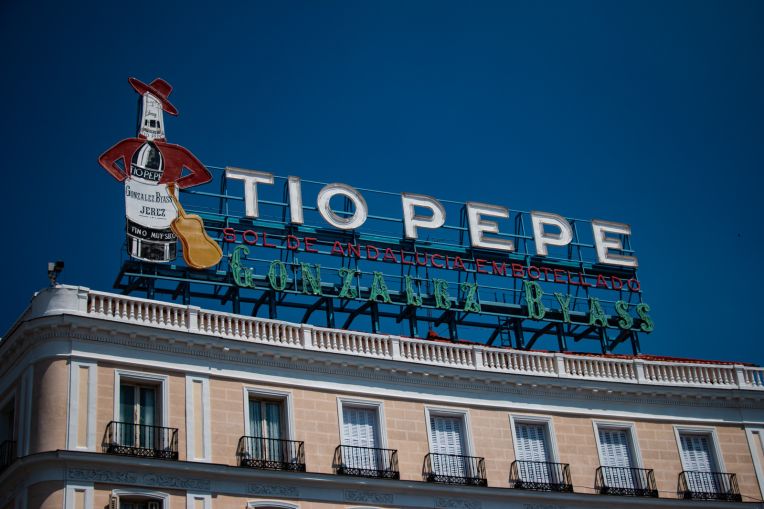 The same friend who sent me on the quest for the world’s best hot chocolate also sent me searching for El Oso y el Madroño, a symbol of the city.

Turning around we can see a bird attack a statue.

Well, I’m not sure if it really was attacking but it was a well-timed photo.

We turn eastward and walk down the street towards the Parque de El Retrio. At the bottom of the hill are some world-class art and history museums, botanical gardens, and more. 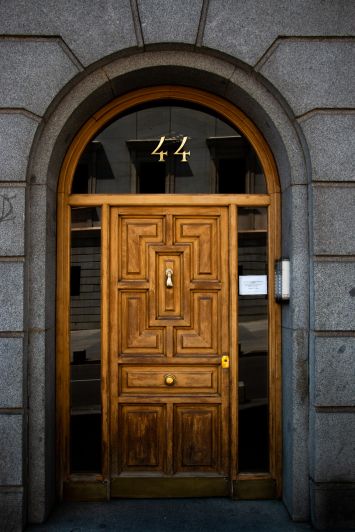 We didn’t visit the museums. Actually we planned on coming back later to the Thyssen-Bornemisza museum for a night exhibit but ended up getting distracted by different plans.

Around the corner we found the the Plaza de Juan Goytisolo filled with dancers and dogs while people enjoyed their weekend rest. Atocha station is visible in the background. 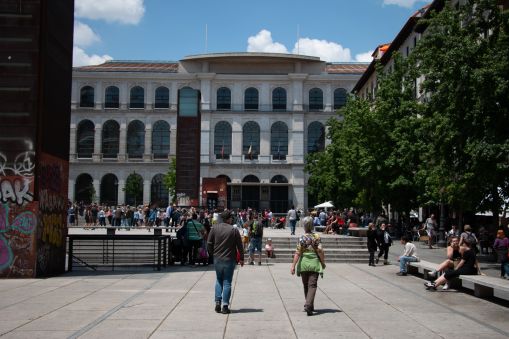 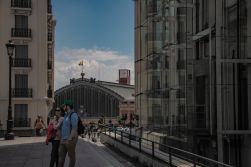 Behind the museum was a large void (see the featured image at the top). This room was large and colorful and was a sight to behold. The overreaching roof above the sidewalk reminded me of the same feature at the Neil Armstrong Hall of Engineering at my alma mater, Purdue University. 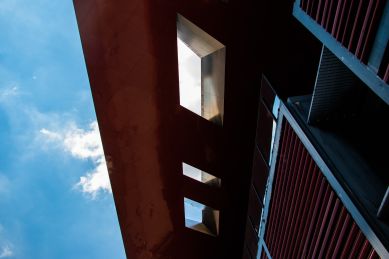 We saw more beautiful Madrid streets going up and down the hills.

And we had fun walking together, talking, and discussing programming philosophy and engineering efficiency. 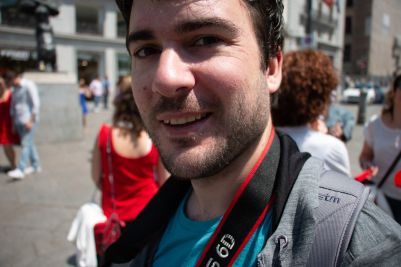 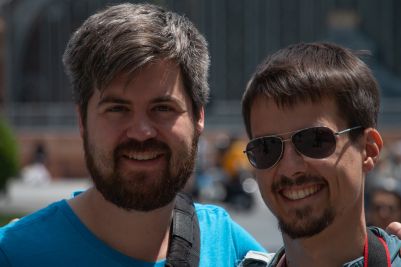 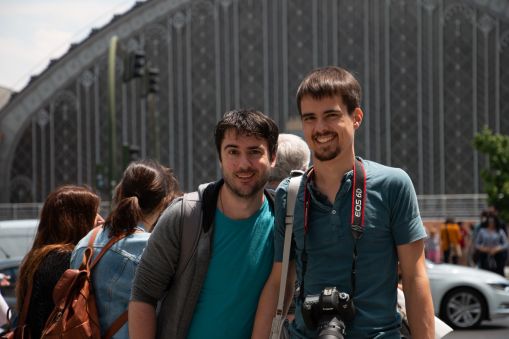 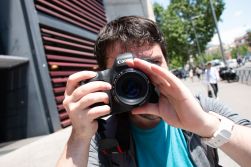 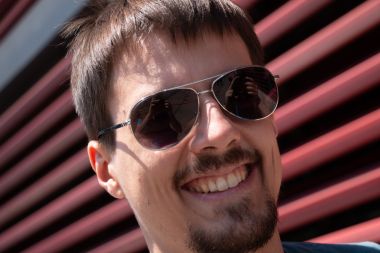 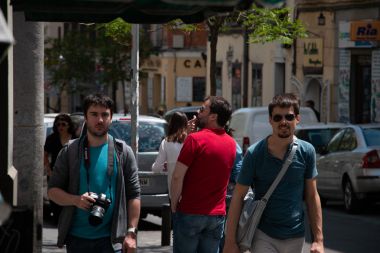 As a Code Wrangler at Automattic, Inc., I spend my days reticulating splines. As a nomad, I own very few things and enjoy living simply. I love cooking, engineering, photography, and my faithful God, Jesus Christ. View all posts by Dennis Snell